For Global Game Jam 2018 we put together a team who was all working together. The theme was 'Transmission' and after going through various ideas we decided to go for our simplest one and do a really polished version of it. The idea was an astronaut was unconscious and needed to remotely revive them. This would be a Diegetic Interface where the interface for the player matched the in universe one.

We started by recording the heartbeat. This was helped by working at a life science company so we had the equipment to get a nicely detailed trace. 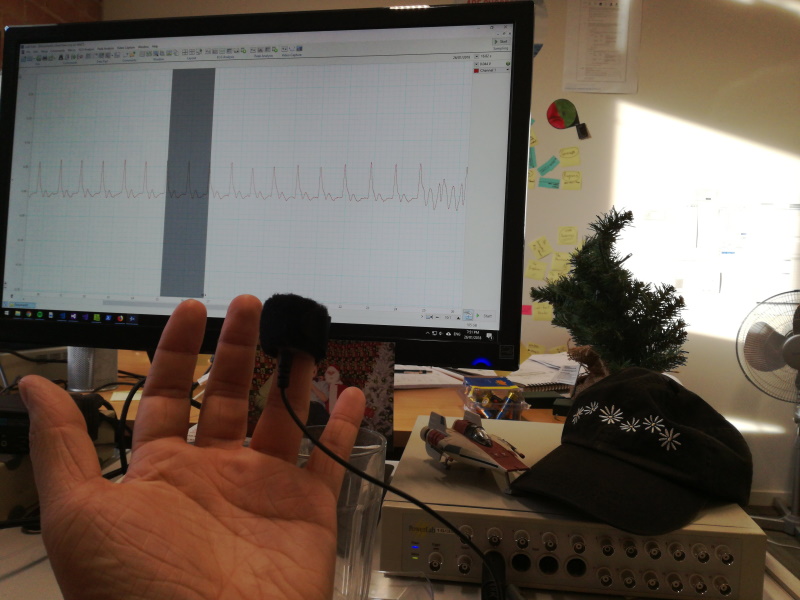 From here Aaron worked on rendering it to the screen. We decided the easiest way to represent the different states was rather than doing physiologically accurate traces, in the time we had we just stretched and squashed the trace out. The goal was to get it to the middle. There were four buttons which either increased or decreased the trace vertically or horizontally. These all had medical names and we randomised what did what so you needed to experiment.

Morgan worked on the UI and having a cool CRT filter over the screen to get that diegetic interface. Tim came in and wrote the music for the game. I glued all the pieces together and made the interactions. I also used my favourite one character at a time display for the opening. We gave you a limited amount of tries before the signal went out of range. We also added a chaotic fibrillation state if the heart beat went out of range and a defibrillator button to fix it.

Overall it came out pretty much how we planned and the end result was a bit disappointing. With no guide towards what you are aiming for it is a bit hard but even once you know the goal, the actual game play is not actually fun. It was a good experience of how a well executed idea with a great team can still not turn out if the original idea is not fun.

Prototype the gameplay early to find the fun before polishing.