In 1946, the United States Air Force first flew the B-36 Peacemaker, their first intercontinental bomber. With over twice the range of the venerable B-17 Flying Fortress it was a huge leap forward. 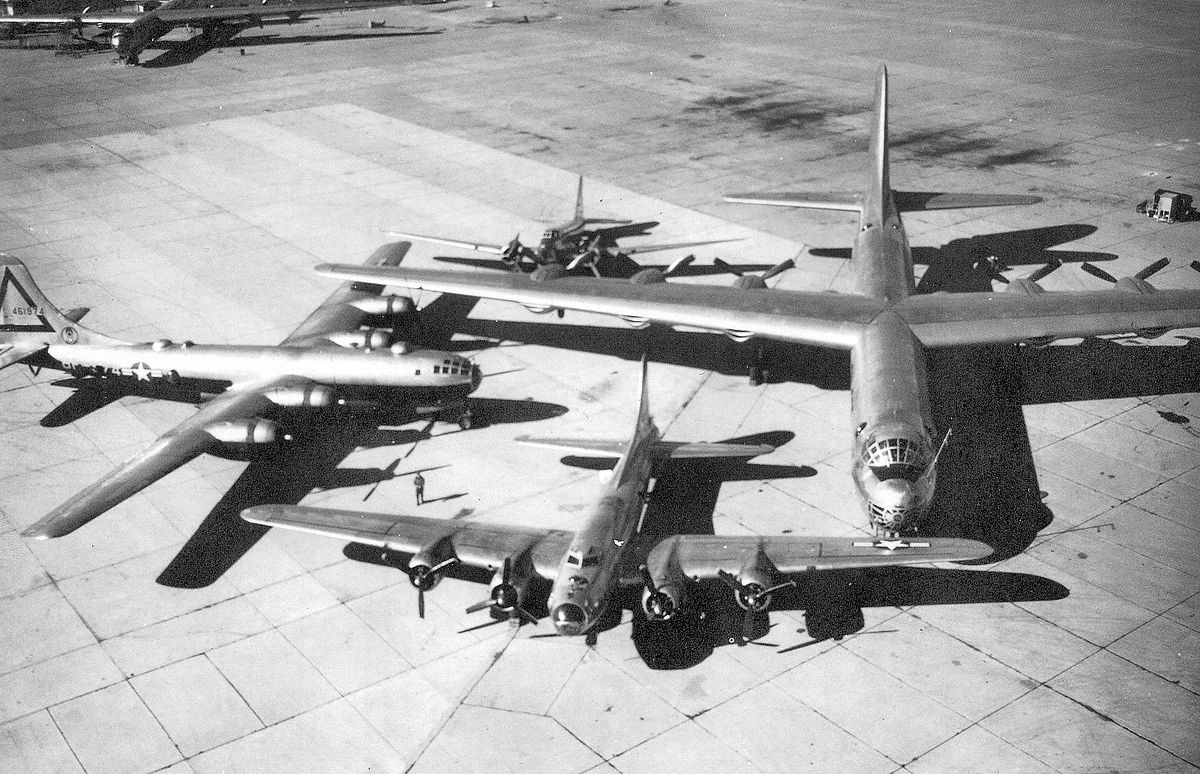 Unfortunately, it also had over twice the range of their main escort fighter, the P-51 Mustang. Even joining two Mustangs together couldn't meet the range requirements. Trying to solve the problem of 'How to provide an escort fighter for the B-36' lead to the development of the smallest Jet Fighter ever.

The B-36 is huge as seen comparing the landing gear to a person. 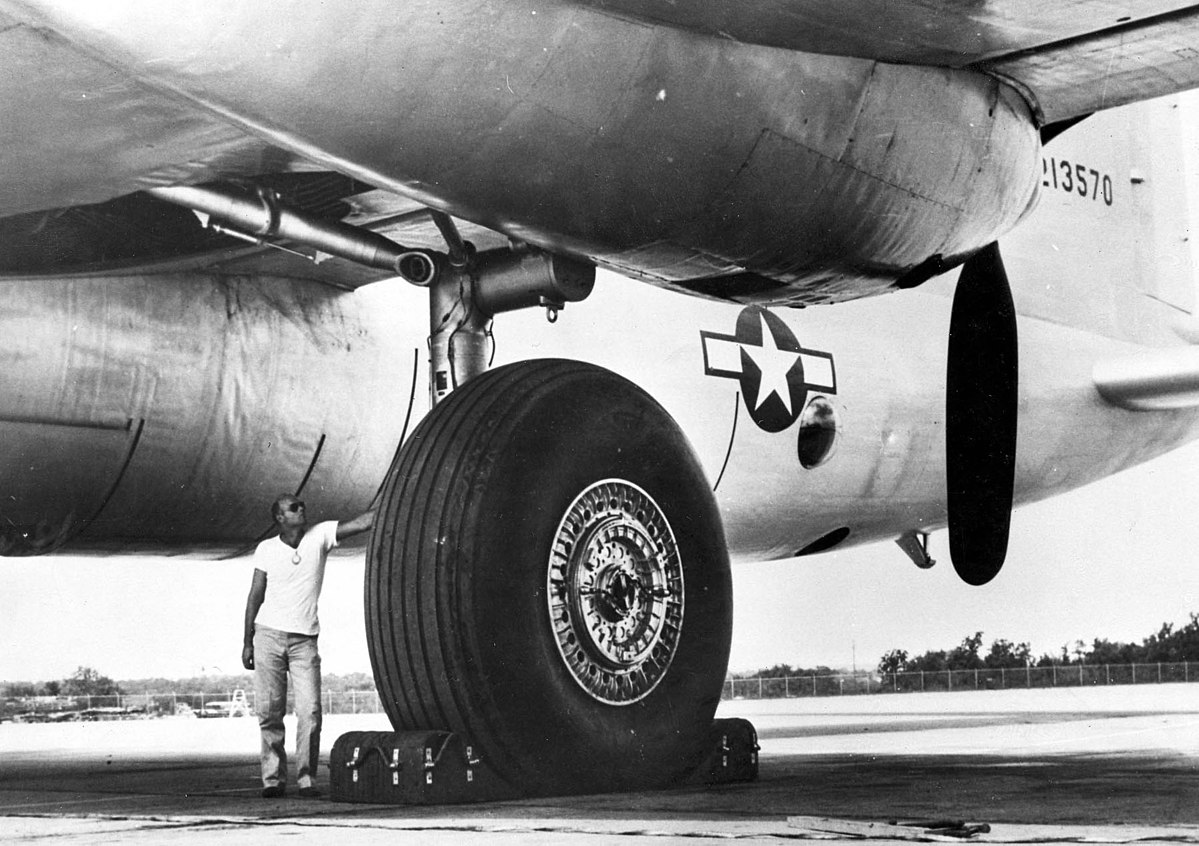 The main landing gear of the XB-36

Because it was so big it was possible for it to carry a small parasite fighter internally. The resulting aircraft was the McDonnell XF-85 Goblin. 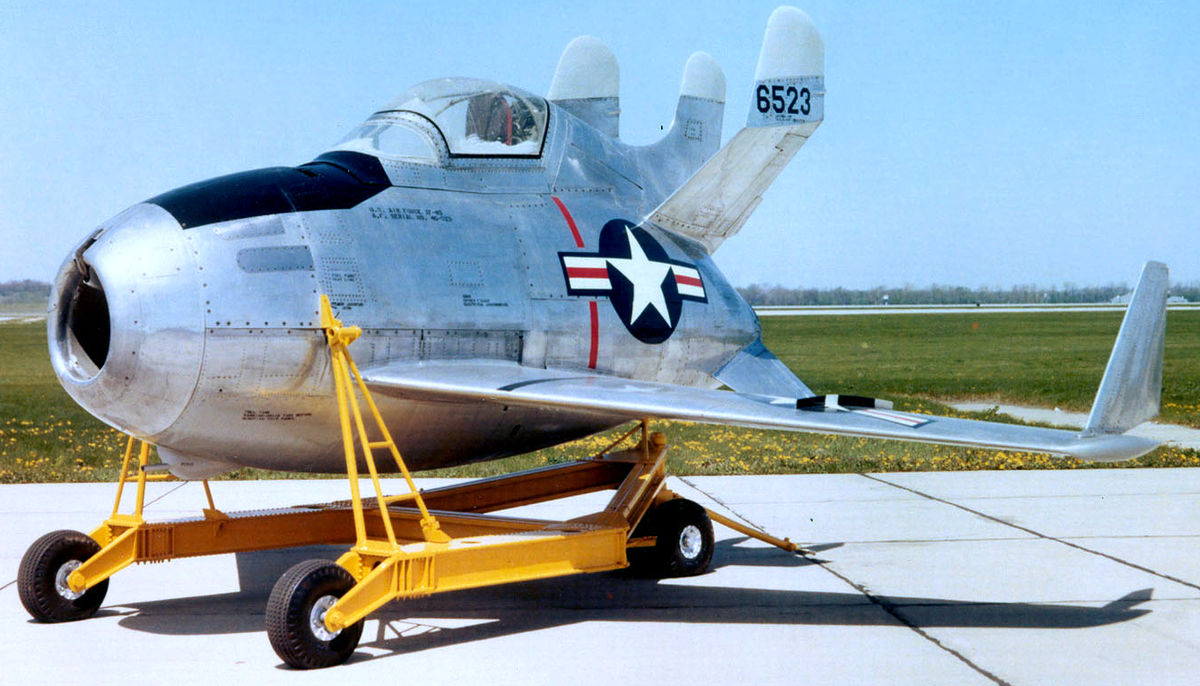 The goal was for some of the bombers to carry the Goblins with them on a mission. When they found enemy fighters, they could send out their Goblins. After defeating the enemies, the Goblins would then reattach to their bomber and be carried home. Because the Goblin would never land, it only had a ski for emergencies and could save on having landing gear. To get it in and out of the bomber, a trapeze was used. This lowered it down into combat where it could detach and fly around. After it was finished, the Goblin deployed a retractible hook to attach to the trapeze and be carried home. 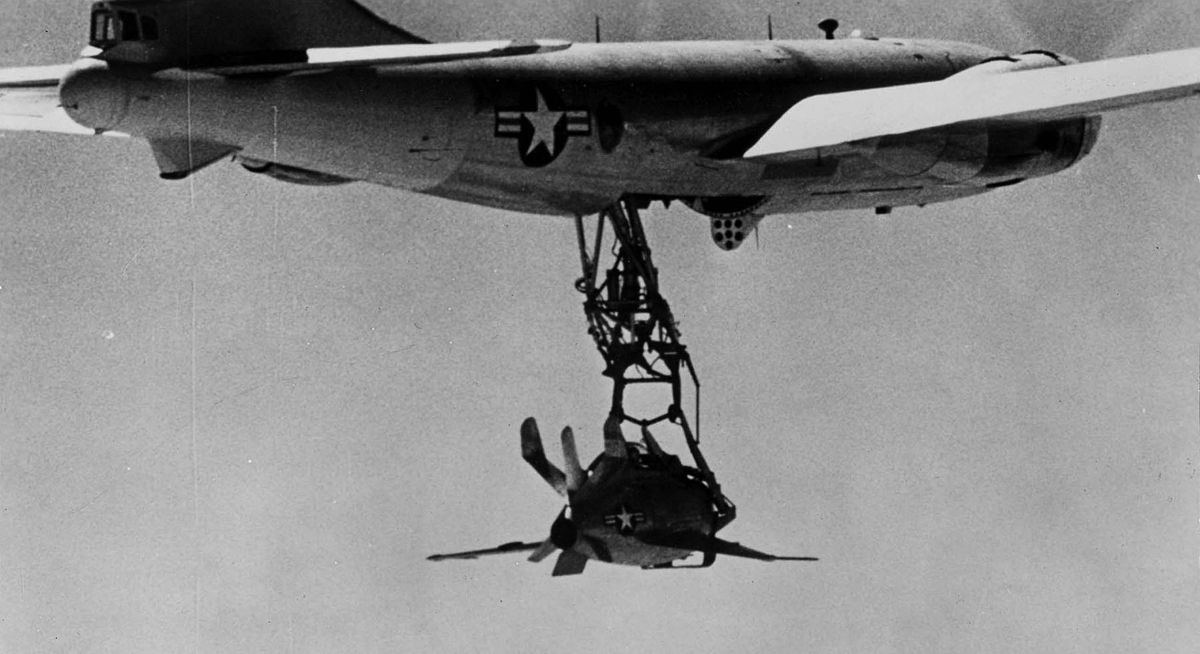 This last part proved to be the most difficult. Of the seven flights, the pilot only succeeded in reattaching in three of them [1]. After the first failed attempt, which damaged the aircraft and required an emergency landing, a number of modifications were made to try and improve the situation. Even with these fixes it was still a dangerous and highly skilled manoeuver. The engineers had ideas of how to improve the trapeze further as well as improve the Goblin itself but the project was cancelled. One of the main reasons was although it technically worked, the flight testing showed it would be far out performed by any fighter aircraft it would meet. The project had strayed from 'How to provide an escort fighter for the B-36' to 'How to make the Goblin work'. The eventual solution was aerial refueling which allowed the standard, high performance fighters to achieve the required range. 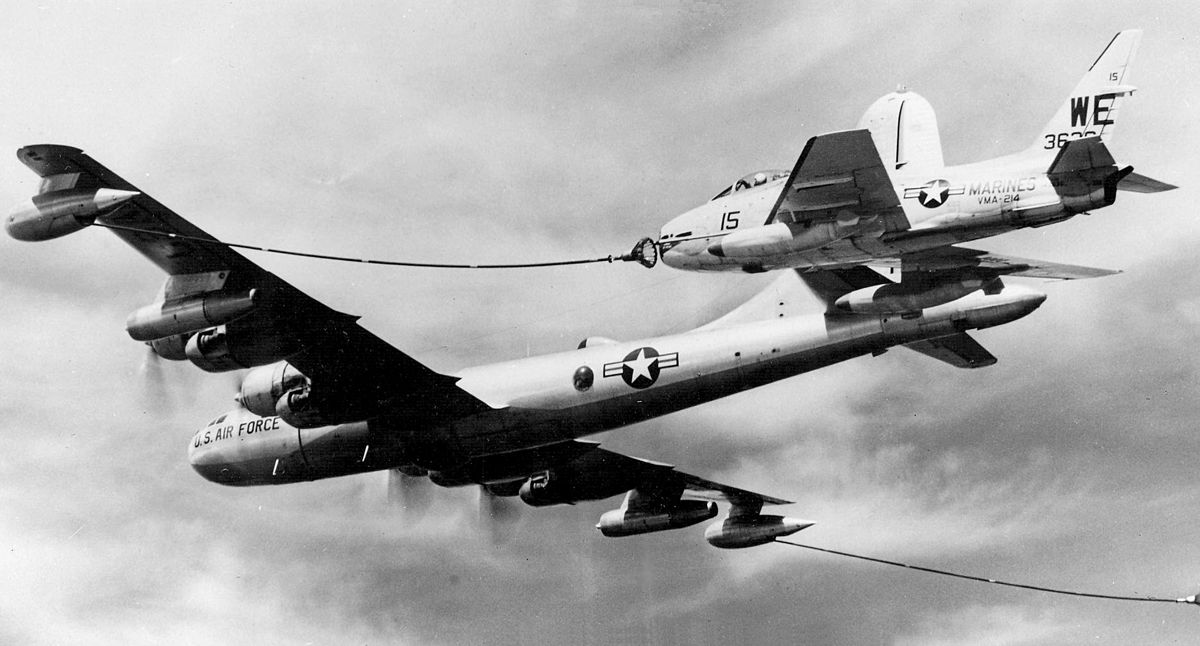 Often once you get into a problem you focus on solving all the road blocks at hand. You can stray a long way down a path, especially after a lot of effort has been invested. When you hit a major road block it is great to take a breath, step back and ask 'what is the actual problem I am trying to solve'. The efforts you have spent so far are not necessarily in vain as you have a better understanding of the problem and what will and won't work.

This blog post is adapted from my talk 'Improve at problem solving by looking at warbirds'.